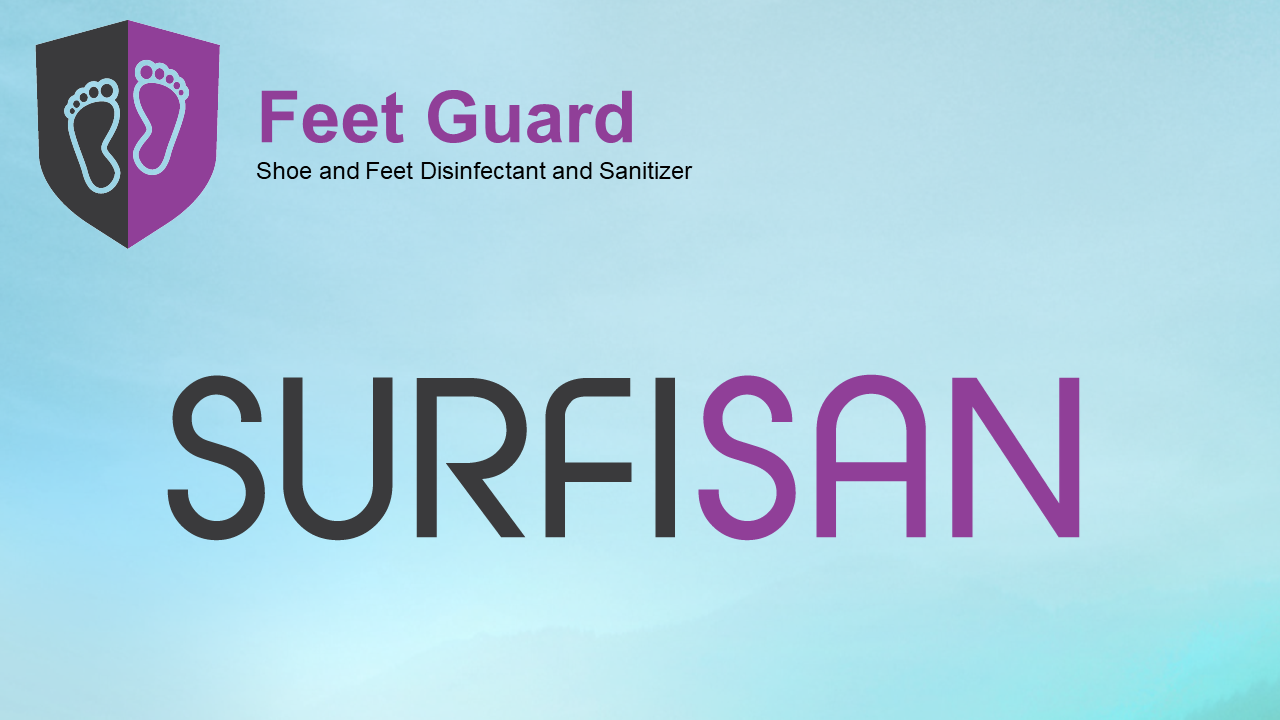 Think of all the places you walk in a single day.

Gone for a jog, went to the grocery store, park or beach?

Just, think of all the dirt and germs you picked up on your shoes in all those places. If you didn’t take your shoes off before coming into your home, you will have just invited a whole host of dangerous bacteria to walk through your front door with you.

In the COVID-19 era, this could presents a huge problem. Even if you and others in your your household are practiceing social distancing, wearing masks in public, and washing your hands, there is still a chance that you could be walking the virus into your house on your shoes. According to one study, half of an ICU’s staff’s shoes tested positive for coronavirus, and the floor of the hospital pharmacy where staff had walked had a 100% positivity rate.

It’s difficult to imagine that something as simple as a pair of shoes could carry disease-causing germs, but bacteria can become a serious health threat if left unchecked. Read on for some surprising and startling facts about shoe bacteria, and why you might want to think twice about walking around your home wearing the shoes you wore outside.

There may be many millions of germs living on a single pair of shoes.

In a study conducted by Good Morning America and the University of Arizona found that shoes are “dirtier than a toilet seat” – toilets typically contain 1,000 bacteria or less, compared to the 66 million found on one of the test subject’s shoes. The test also revealed nine different species of bacteria living on the bottom of people’s shoes, which can cause infections in the eyes, stomach, and lungs.

In  test conducted, nine out of 10 contained a type of bacteria found in human and animal waste, which are commonly picked up in public toilets and in outdoor areas with bird and dog droppings. These microbes are able to thrive on shoes because of the nutrient-rich soil most people walk through.

Bacteria on your shoes could make you sick.

In a separate study by the University of Arizona found an average of 421,000 units of bacteria on the outside of a shoe and 2,887 on the inside. Among the disease-causing bacteria found on many shoes were:

Other studies have also shown the presence of methicillin-resistant Staphylococcus aureus (MRSA), Clostridium difficile (c-diff), multidrug-resistant Gram-negative bacteria, and other pathogens on the soles of shoes and on non-skid socks.

Bacteria live longer on our shoes than other surfaces.

The more places we walk, the more we can pick up new germs and bacteria that feed the growth of the bacteria already there. The longer bacteria grows, the more dangerous and strong it becomes.

Up to 90% of the bacteria found on the bottom of the shoes is transferred to the floor in a house.

Germs will transfer to wood, vinyl, and carpet – and carpeting takes in even more germs. Small children who like to play on the floor, may be particularly susceptible to picking up shoe bacteria. 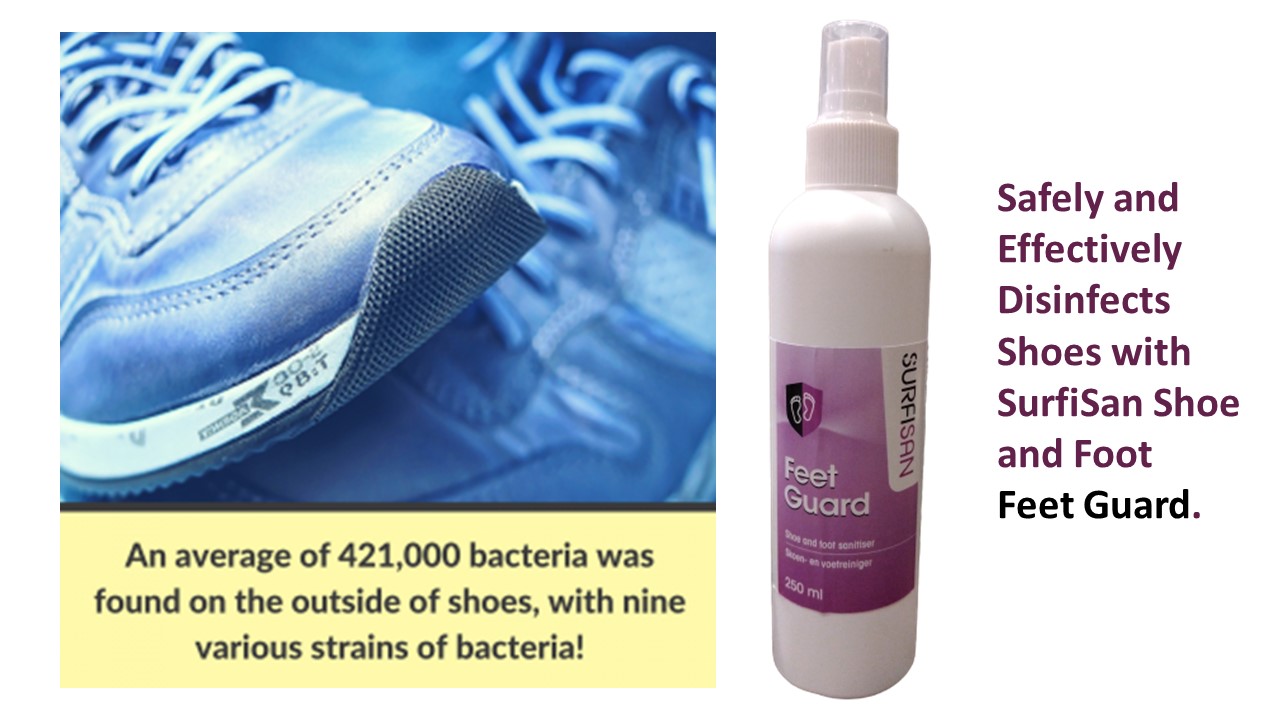